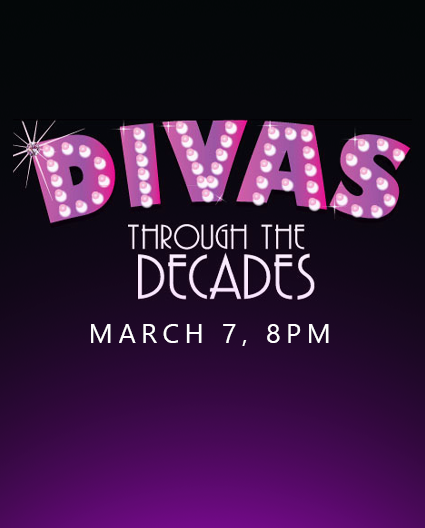 Divas Through the Decades

Divas Through the Decades is a musical tribute to some of the most influential female vocalists in American pop music, featuring songs from the 40’s, through today’s current hits! The show features music made famous by various Divas including Patsy Cline, Bette Midler, Diana Ross and the Supremes, Tina Turner, Celine Dion, Aretha Franklin, Gloria Estefan, Shania Twain and many more!

Tickets are on sale now!